The Balzac Museum's collections include around 2300 items (sculptures, paintings, prints, manuscripts, engravings, drawings, photographs, printing equipment, furniture). The body of these collections was formed by six donations by the Métadier family and Bernard-Paul Métadier to Indre-et-Loire Council which has also made several major acquisitions to join the collections. 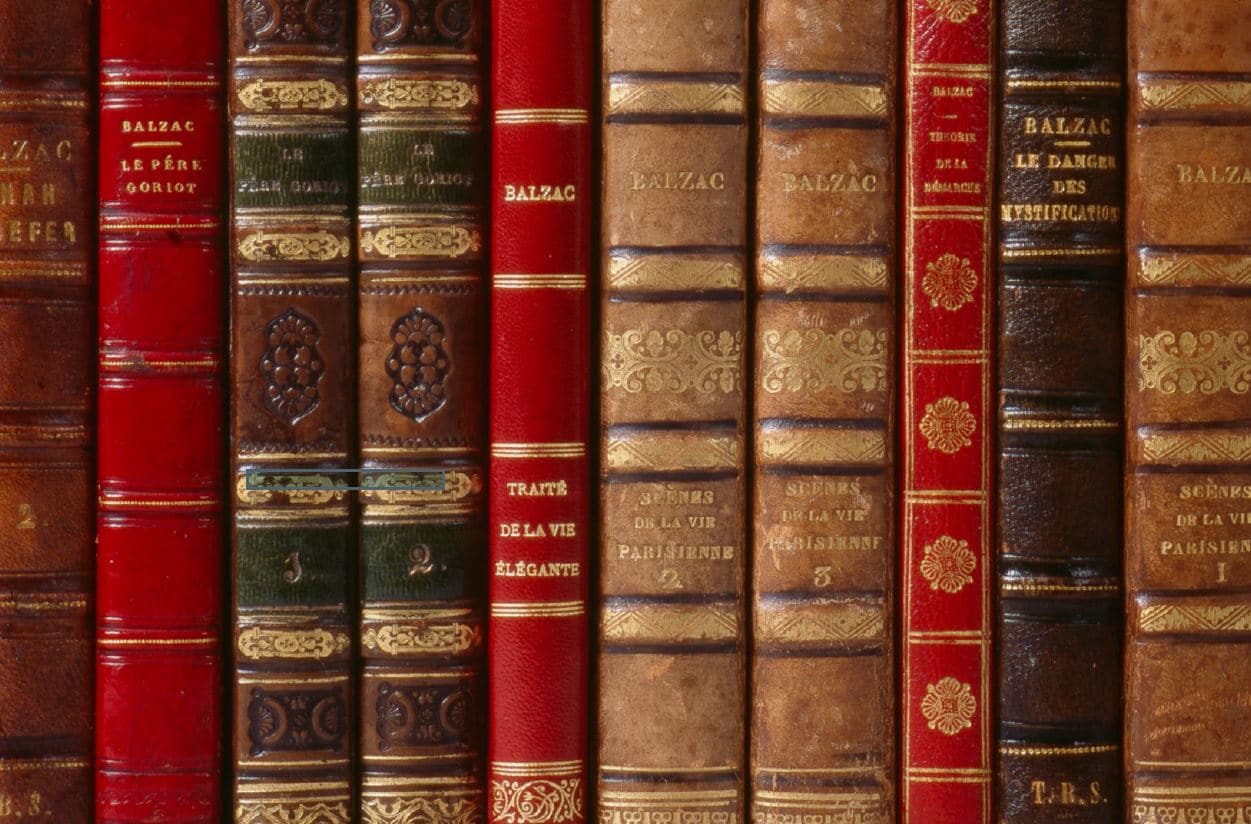 The body of the Balzac Museum's print collections (around 1000 items) was formed by donations from Bernard-Paul Métadier and the Samueli collection. A variety of donations saw Bernard-Paul Métadier enhance the Balzac Museum's print collections based on his personal interests. So there's a focus on certain topics: Balzac's Touraine, Balzac's Paris, Balzac and science, Balzac and printing. Indre-et-Loire Council bought the Samueli collection in 2002 with financial support from the DRAC and Central region. It has around six hundred bound volumes. Jean-Jacques Samueli, a passionate collector, spent decades putting the fantastic collection together. This collection includes all the books that Balzac wrote in his youth and published under different pseudonyms. The first pieces by the then unknown author are now almost impossible to find. This collection also includes all the first editions of Balzac's novels and books, fantastic illustrated specimens, collector's editions, Belgian and Dutch preprints and counterfeits. It is currently on public display on the second floor of the museum in a majestic Restoration period bookcase donated by the Mobilier National.

The Balzac Museum's collections of manuscripts (letters between Balzac and his contemporaries) include three volumes of corrected proofs of The Lily of the Valley. They form the second, third and fourth drafts for all the documents which track the novel's genesis (the manuscript, galley proofs and other drafts are in the Spoelberch de Lovenjoul collection at the Institut de France). There are also corrected galley proofs of La Chine et les Chinois (nine folios with handwritten corrections by Balzac) and an edition of Louis Lambert with handwritten annotations by Balzac. 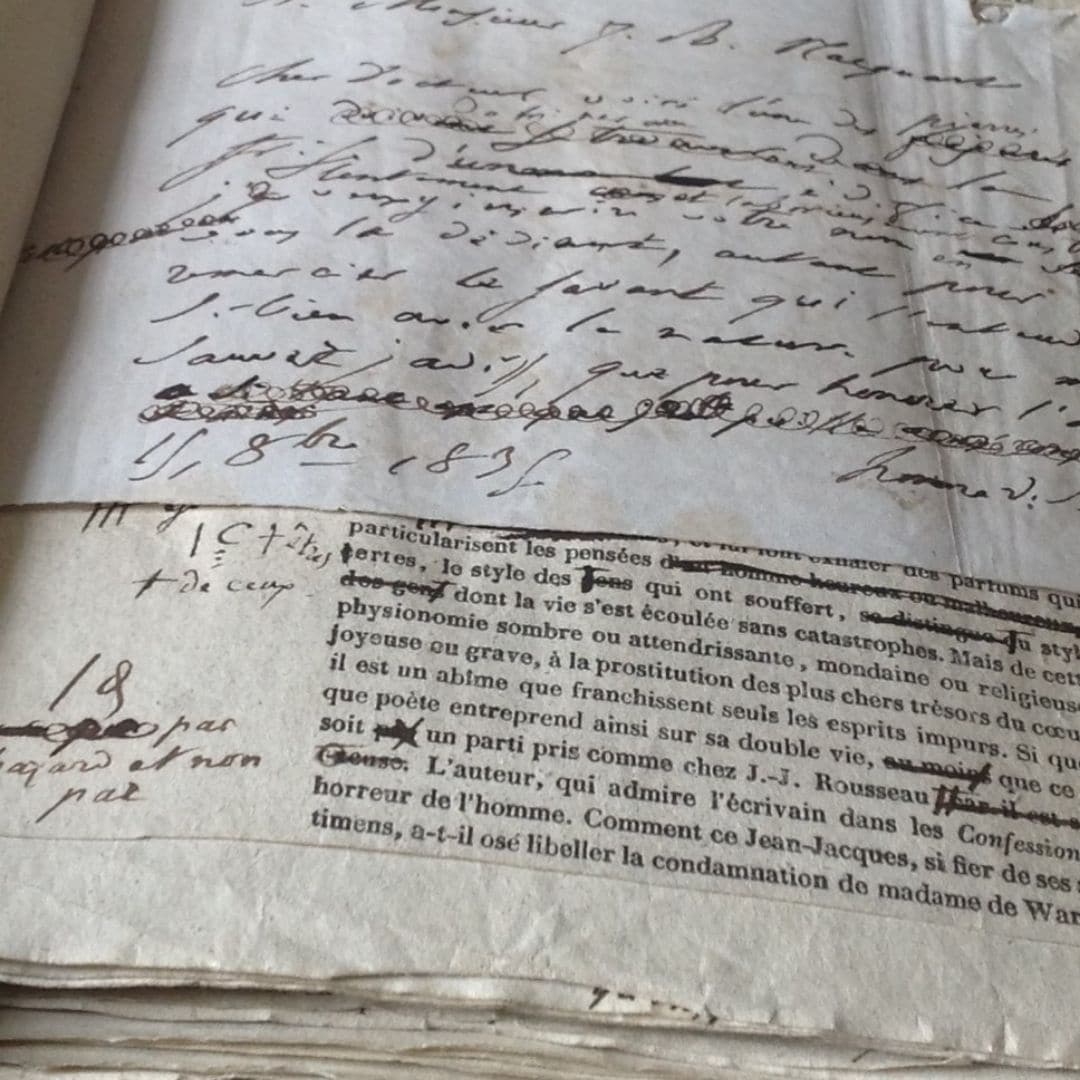 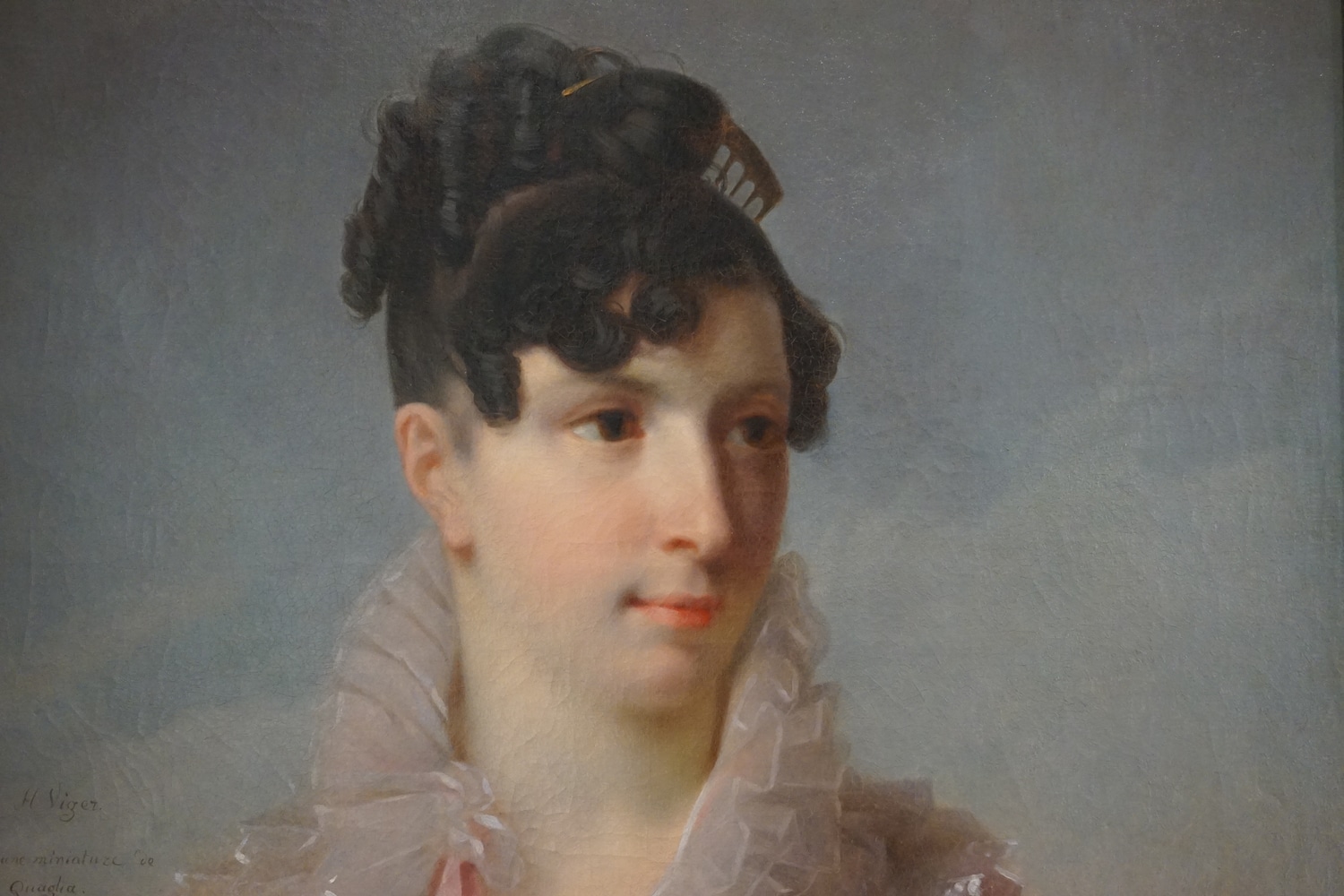 The Balzac Museum has exhibited portraits of Mrs Hanska's daughter, her son-in-law by Jean Gigoux and Mr Hanski by Giuseppe Bezzuoli since 2013. These are collections on loan to the Balzac Museum (Paris).

Balzac was depicted by several sculptors including David d’Angers, Marquet de Vasselot, Auguste Rodin and Alexandre Falguière whose pieces are on display at the Balzac Museum. Rodin's 1891 commission from the Société des Gens de Lettres resulted in countless preparatory studies including plaster casts and bronzes which enable us to track its genesis (Balzac Museum collections and deposits). Auguste Rodin visited the Indre Valley in 1892 to stay at Château de l'Islette to draw inspiration from the novelist's homeland and begin his first studies for his Balzac.

The Balzac Museum also displays a series of plaster and terracotta casts by Pierre Ripert depicting characters in The Human Comedy and sculptures reflecting Balzac's personal taste in art (pieces based on Falconet, Michelangelo, Michallon) which inspired his novels. 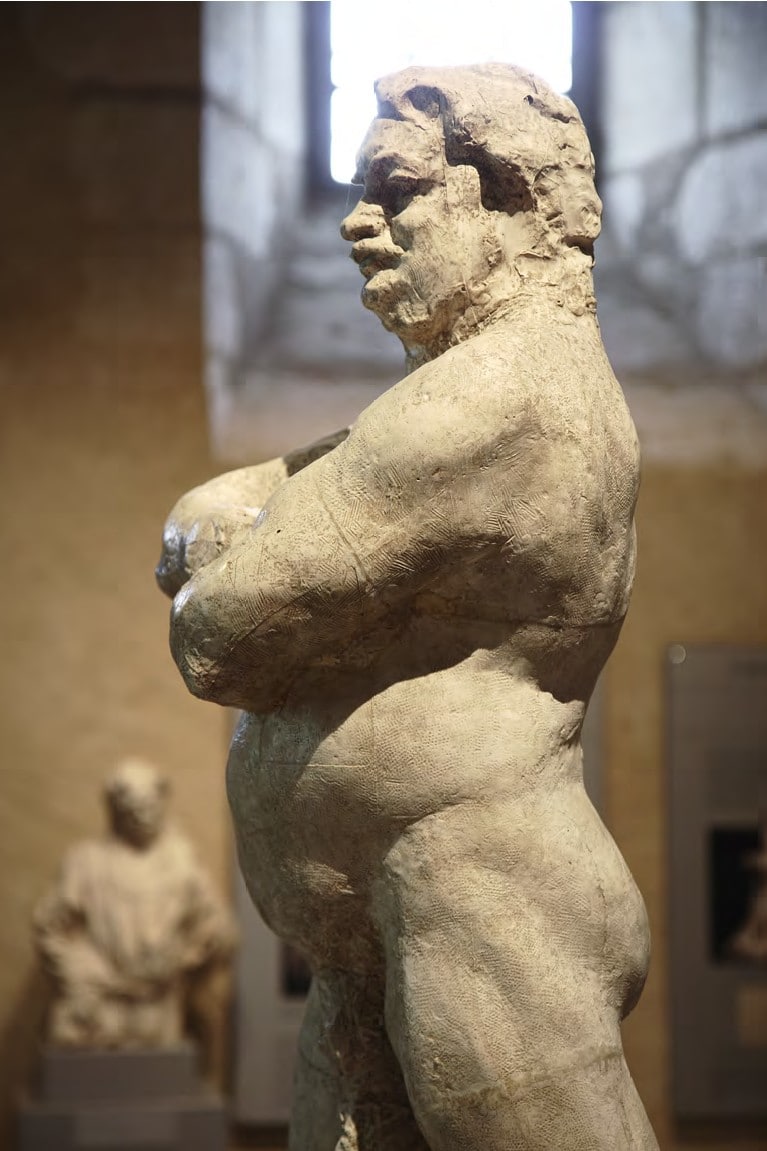 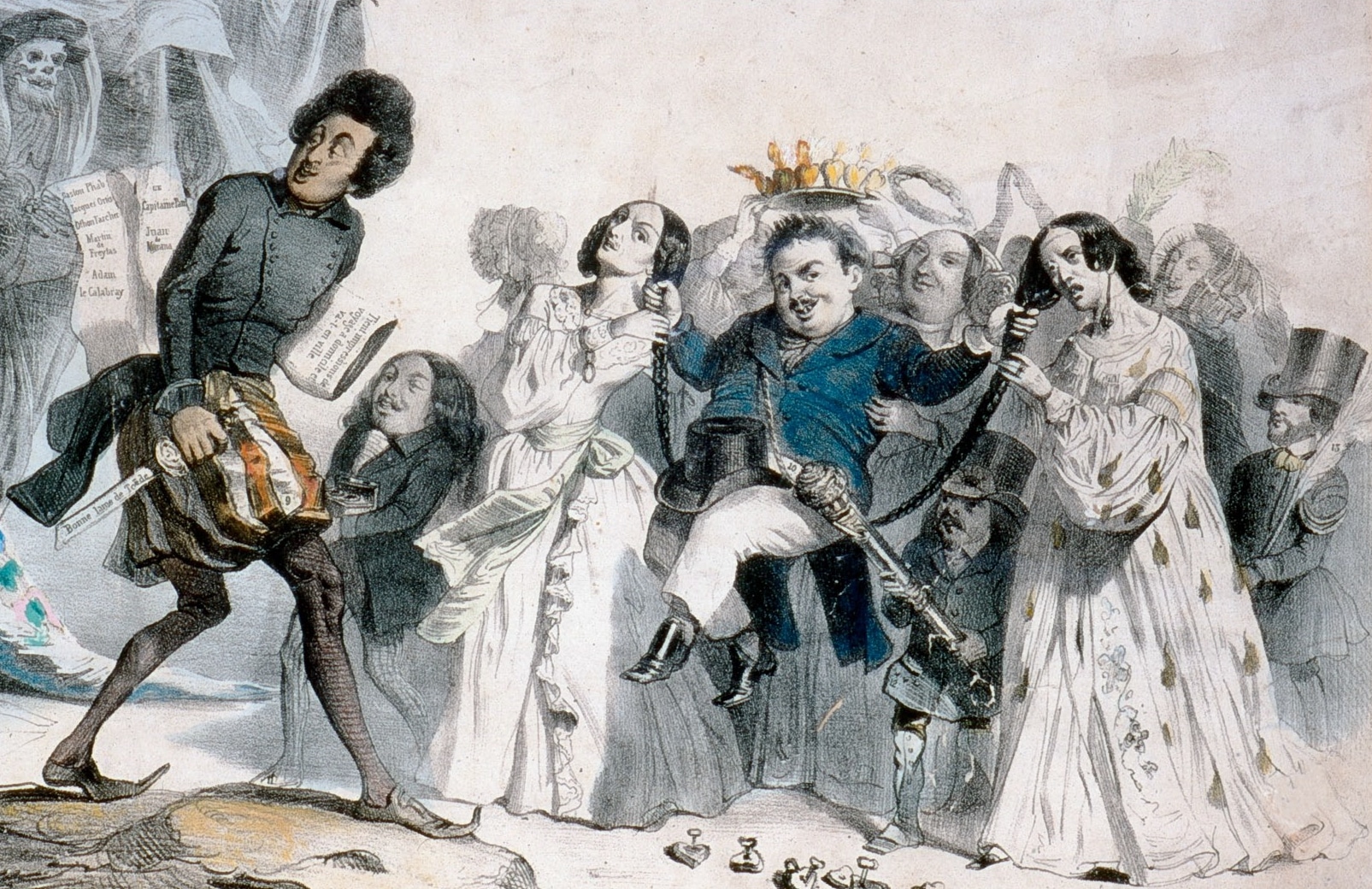 The Balzac Museum's engraving collections includes several caricatures from the first half of the 19th century. The art form flourished during this period and was the perfect foil for Balzac's studies of manners. We should mention that the writer was heavily involved in the press industry and often the target of caricaturists.

A 19th century printing workshop has been replicated to present Balzac's work as a printer between 1826 and 1828. It includes a Stanhope printing press, a mid-19th century lithography press, bookbinder, antique guillotine and cases. 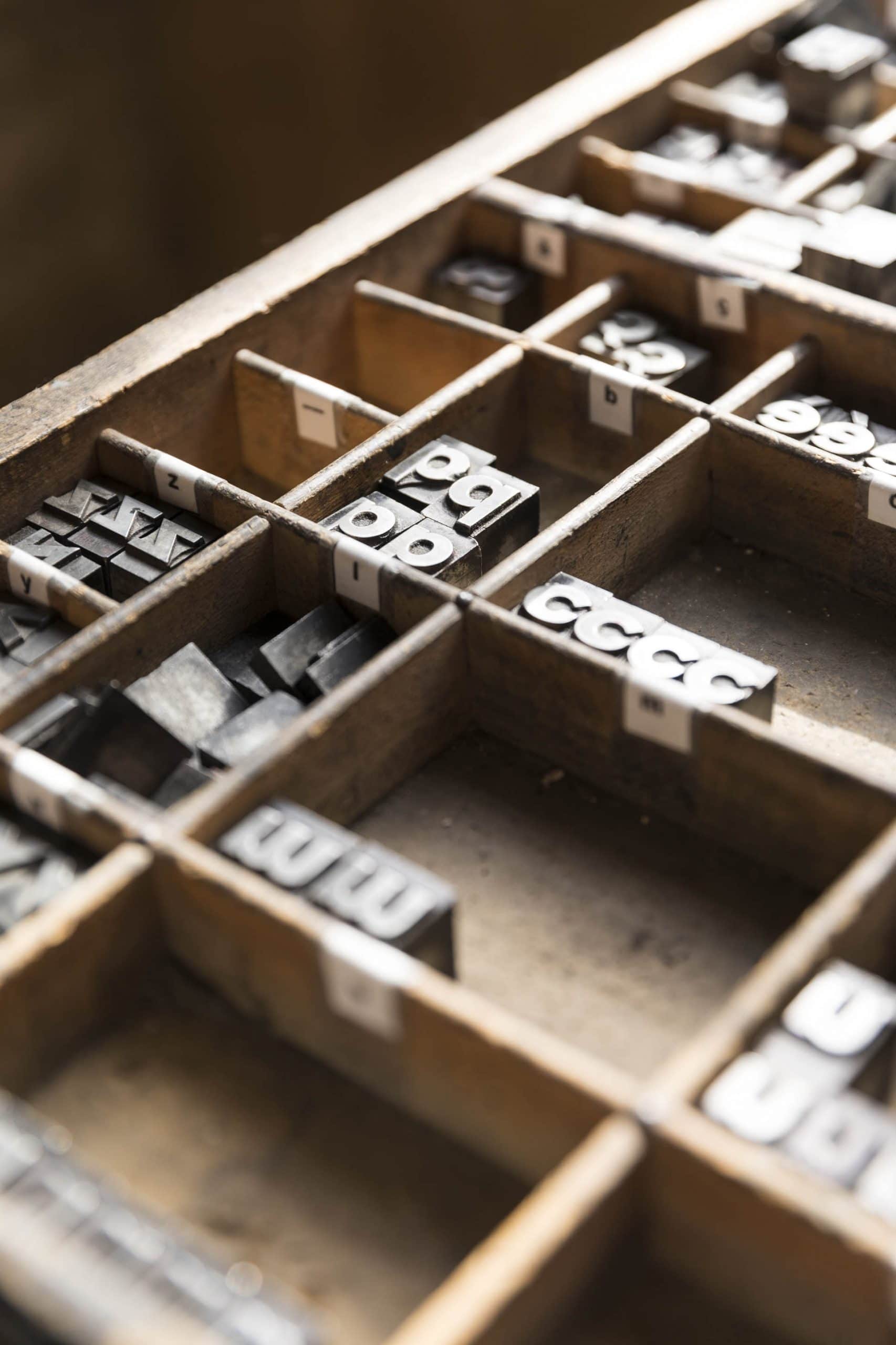