Virtual tour of the museum

Discover the exteriors and interiors of the museum through the virtual tour, integrating videos presenting the rooms and notices of thirty exhibited works (virtual visit carried out by the company InCahoots Production in 2022, with the support of the DRAC Centre-Val de Loire and the Association of Museums in Centre-Val de Loire). Virtual tour of the museum 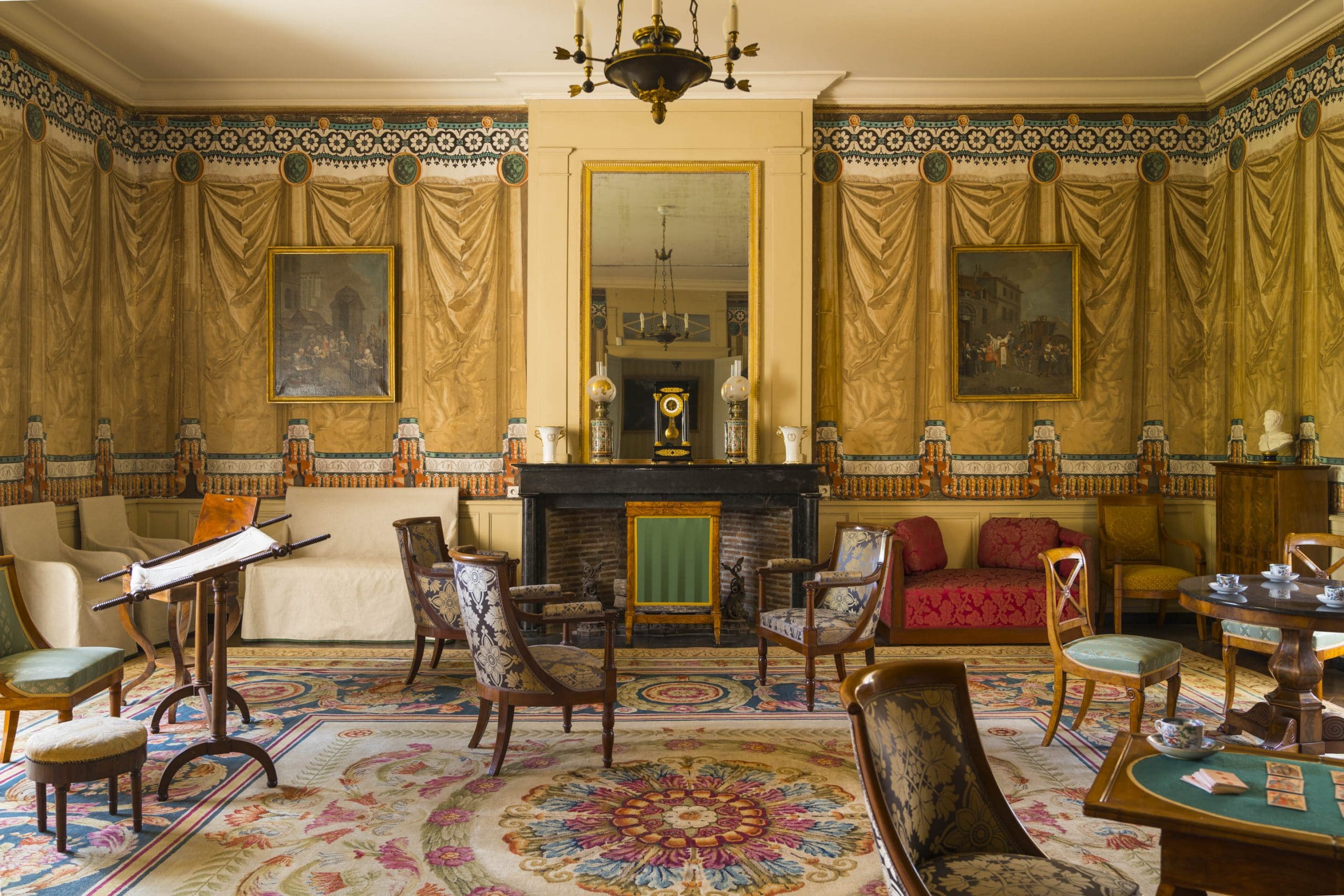 The tour continues on the second floor. Visitors venture up the 15th century spiral staircase to drink in the cosy bedroom (listed as a Monument Historique) where the author of The Human Comedy spent long hours drinking countless cups of coffee to fuel his imagination. The other rooms on this floor introduce visitors to Balzac's life and work with a presentation of permanent collections (prints, manuscripts, engravings, paintings and sculptures) and replicas of rooms in The Human Comedy (Abbot Birotteau's bedroom in The Vicar of Tours, Derville's legal office in Colonel Chabert, Foedora's boudoir in The Magic Skin). 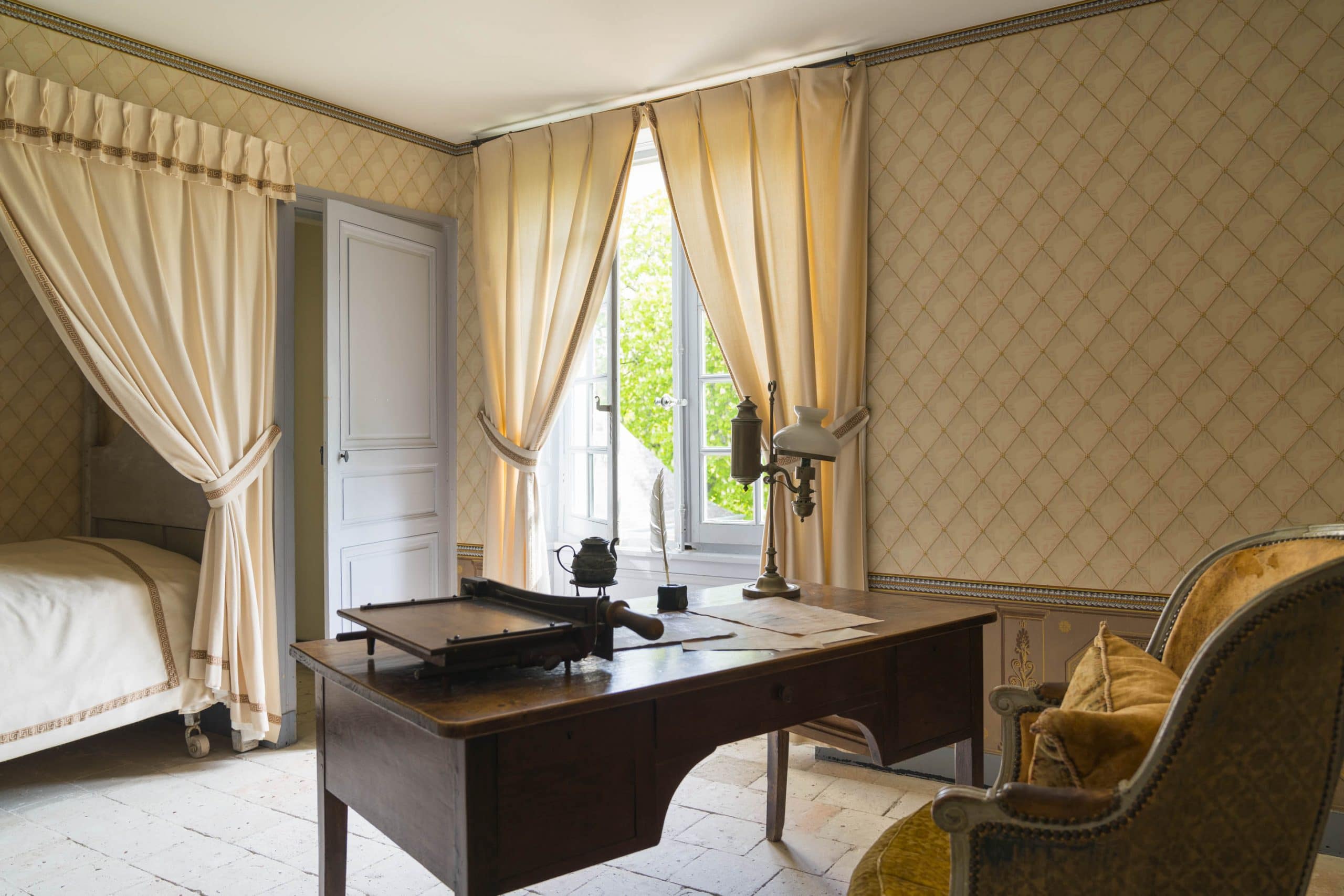 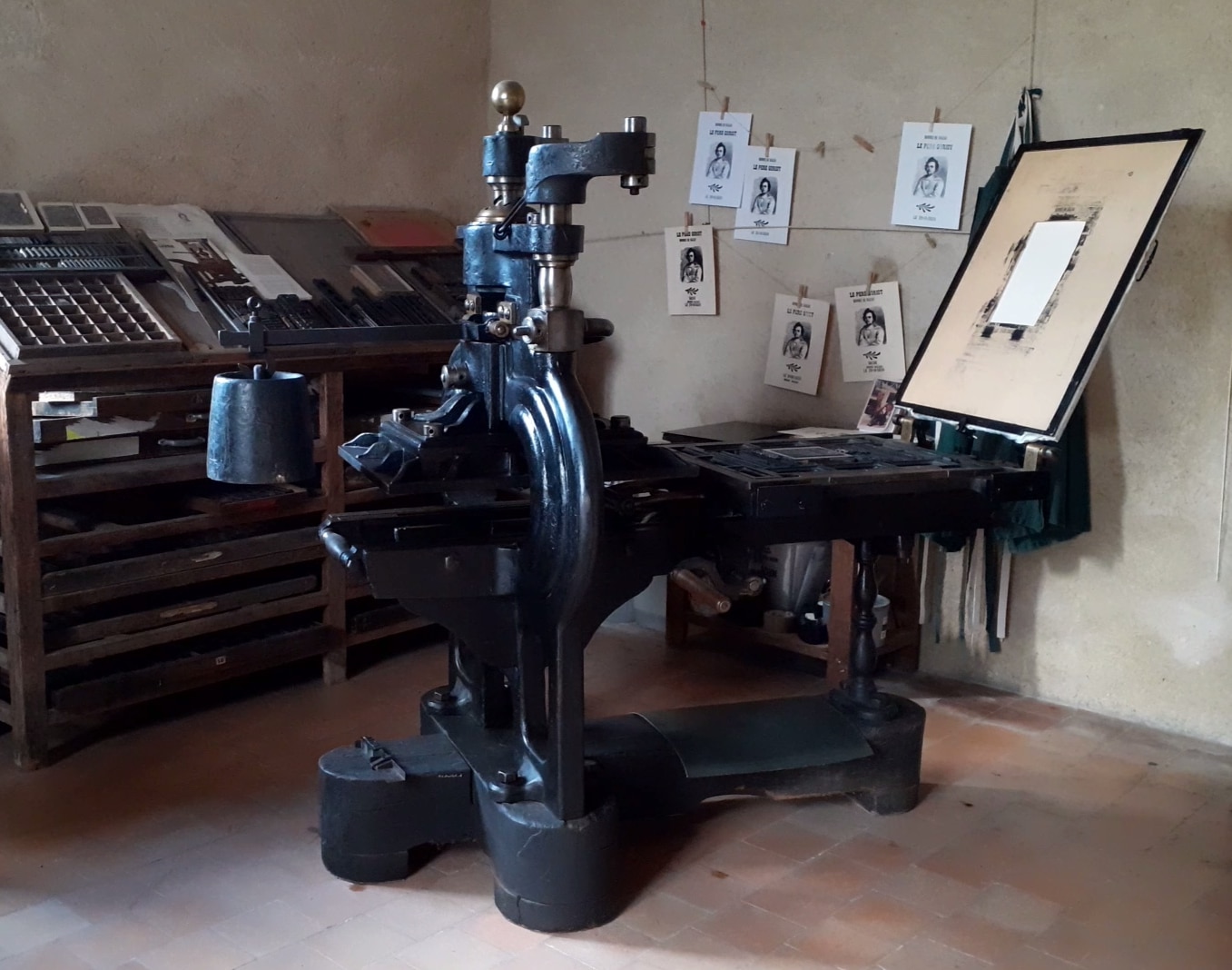 The tour ends on the ground floor of the museum. A 19th century printing workshop has been replicated to present Balzac's work as a printer between 1826 and 1828. The Musée Balzac has a new display on the château’s ground floor presenting sculptures and monuments made between 1850 and 2019 in tribute to Balzac. Displaying all these projects together enables visitors to compare pieces by the artists Paul Fournier, Henri Chapu, Alexandre Falguière and François Sicard, whose work is true to the academic tradition of a public monument in tribute to a writer. It also highlights how pioneering the pieces by Auguste Rodin and Anatole Marquet de Vasselot were in the 19th century, alongside the anti-monument by Nicolas Milhé in 2019.